TDB recommends Voyager – Unlimited internet @home as fast as you can getThe Ministry of Foreign Affairs has a snazzy theme to promote the 60th anniversary of the establishment of diplomatic relations with Indonesia: ‘60 years as friends for good’. 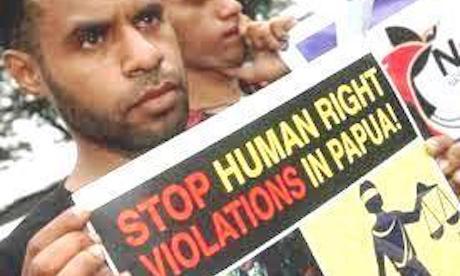 The Ministry of Foreign Affairs has a snazzy theme to promote the 60th anniversary of the establishment of diplomatic relations with Indonesia: ‘60 years as friends for good’.

I’m all for friendship with the Indonesian people, but the diplomatic relationship has been badly marred over the years by our complicity and silence in the face of a long list of human rights crimes.  The 24 year Indonesian occupation of East Timor is a well-known example, but there are other egregious examples including  the matter of the 1965 massacres, when the ‘New Order’ regime set about killing half a million people accused of  ‘communist sympathies’.  New Zealand officials were well-informed about the scale and arbitrary nature of killings,  but they welcomed Suharto’s rise to power and one diplomat told a  1967 parliamentary committee that the transfer of power had been ‘surprisingly peaceful’.   At that time New Zealand’s diplomatic representation in Jakarta was upgraded from a Legation to a full Embassy.

New Zealand’s diplomatic relations with Indonesia began in 1958 when Dr A. Y. Helmi, Indonesia’s Canberra based Ambassador,  was accredited to New Zealand, and in 1961 New Zealand’s Colombo Plan office in Jakarta was upgraded to a Consulate General.   Back then there was a strong focus on New Zealand aid – especially educational and technical training support.

One of the first clouds on the horizon came in 1960.   The future of Netherlands New Guinea, as it was at the time, was at a crossroads. The Dutch were preparing the territory for eventual independence, but Indonesia was insisting that it should be incorporated into the Indonesian Republic.  The other half of the New Guinea island –today’s Papua New-Guinea- was administered by Australia under UN mandate.  New Zealand’s Prime Minister, Walter Nash, put forward a proposal that the two halves of the New Guinea Island should be placed under joint trusteeship and prepared for eventual independence as one country.  Nash put forward his initiative in The Hague in May 1960 and this prompted a trip across the Tasman by Dr Helmi.  Declassified reports show that Dr Helmi’s attempt to sway Mr Nash from his position wasn’t successful. Nash said that the people of New Guinea might need more time to get ready, but one day, like people everywhere, they would want to be independent.

Nash underestimated the forces against him – the United States and Australia had come to the conclusion that Indonesia mattered more to them than the people of West Papua,  and were quietly letting the Dutch know that they would be on their own should Indonesia carry out its threats of force.  But he was on the right track and over the years Papuan leaders have often upheld the idea of one united country: ‘from Sorong to Samarai’.

Unfortunately, New Zealand soon fell into line, burying its qualms about the way the 1962 US brokered ‘New York agreement’ handed the territory to Indonesia on a plate.   Our Ambassador observed part of the subsequent 1969 so-called ‘Act of Free Choice’, and described a stage-managed process, but his critical report did not prompt any action.  During the UN debate that followed, New Zealand stayed silent, leaving it to newly independent African nations to speak up for the West Papuan people .

New Zealand acquiesced to Indonesia’s 1975 invasion of East Timor and helped Indonesia to cover up subsequent crimes even as the death toll approached  200,000. Three New Zealanders died in East Timor at the hands of the Indonesian military or militia during the Indonesian occupation:  photo-journalist Gary Cunningham in 1975, human rights activist Kamal Bamadhaj in 1991 and peacekeeper Leonard Manning in 2000.  Notwithstanding, New Zealand has worked hard to develop and maintain a close bilateral relationship with Indonesia – and because the military is so influential in Indonesian affairs that has included defence ties.  Military training ties were suspended in 1999 after the cataclysmic violence in East Timor but resumed again in 2007 in the absence of any indication that the military had changed its spots or been held accountable for its crimes in East Timor.

Sadly, this is very much an ongoing issue as New Zealand says as little as possible about Indonesia’s ongoing crime of ‘slow genocide’ in West Papua.  In January it emerged that dozens of children of  the  Asmat tribe had died of measles exacerbated by widespread malnutrition. The Asmat,  famed for their elaborate carving and wood sculptures, struggle to preserve their way of life and diet against the predations of forestry, palm oil plantations and mining. Yet they live, metaphorically speaking,   in the shadow of the Freeport  McMoran gold and copper mine, Indonesia’s largest taxpayer.

The Papuans are calling for their right to self-determination to be respected but for successive New Zealand governments that is an ‘s’ word, never to be uttered for fear of offending Indonesia.   Sixty years yes, for good – hardly.