nfatuated with US politics, does the media remember the third-largest democracy in the world: Indonesia? 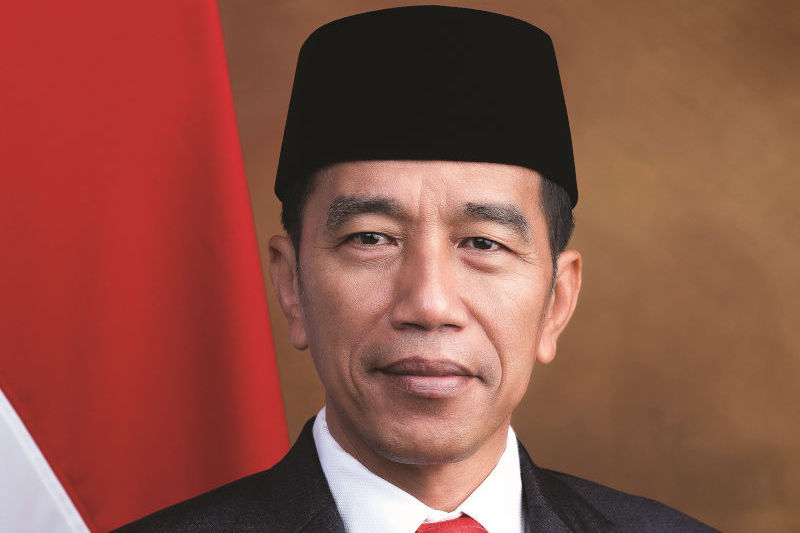 Americans will get to the ballot box in late 2024. Such is our infatuation with US politics that by Guy Fawkes’ night we’ll have absorbed enough minutia to know more about their electoral system than ours. Does anyone in the media remember Indonesia?

Earlier the same year there’ll be another election of great importance to our future – yet so far the media has shown little interest in telling what’s going on in the nation next door.

On Valentine’s Day 2024 citizens of the world’s third-largest democracy will decide who’ll run their nation for the next five years. Their choice could maintain the current harmony of indifference between us and them, or revive mistrust.

The man to worry about is Prabowo Subianto, adored by hankerers for the good ol’ days when leaders ruled and the masses obeyed. Like his late father-in-law President Soeharto, the disgraced former general knows how to create myths and crush dissent.

This Alpha male could try again in the 2024 Presidential election. If he wins we’ll have an unstable authoritarian on our doorstep.

Subianto is the archipelago’s Donald Trump, a hot-tempered autocrat minus bone spurs so he has a military record. He’s a successful businessman but better educated than the US version.

Despite having a mighty war chest and on-side media, in 2019 he lost to lowly lad Joko ‘Jokowi’ Widodo.

Subianto had fought furiously for the top job. His team had viciously slandered Widodo through fictions about family history, ethnicity and religion. Just like Trump claimed Barack Obama was not a native-born American.

Some claimed the result had been rigged, so rioted in Jakarta. Six were killed, 200 injured, vehicles were firebombed and buildings trashed. Agent provocateurs were blamed but none charged.

After being humiliated Subianto should have crept back to his ranch and locked the gate.

Instead, he’s travelling the world shopping for guns and bombs as Indonesia’s Defence Minister while his defeated sidekick Sandiaga Uno is Minister for Tourism.

Discovering how these losers got their jobs and kept face will test readers’ incredulity levels but might improve understanding of Indonesian politics, best done with a hypothetical.

Back in May new PM Anthony Albanese was pondering picks for Cabinet. Home Affairs is tricky so best go for experience. Obviously Scott Morrison.

Widodo’s benevolence and forgiveness weren’t just quests for harmony, a value well embedded in Javanese culture. They were politically smart.

The downside is that as Defence Minister Subianto, 71, gets to spruik policies and keep his name before the public and face on TV.

Like Kim Jong-un, he’s shown surrounded by men with more medals on their chests than hair, which he seems to enjoy.

Like Putin he rides horses but keeps his shirt on; the septuagenarian flab would mar the image which some equate to Mussolini reviewing paramilitary parades atop a stallion.

Subianto has such a damaged past that in other jurisdictions he’d be forever damned.

When Soeharto fell in 1998 after 32 years running the world’s fourth most populous country Subianto, head of the ‘most highly trained killers – the Kopassus red berets’– saw a sudden opportunity. He tried to get the departing president to make him army chief.

The bid failed and Subianto was dishonourably discharged for ‘misinterpreting orders’. He was banned from the US for human rights abuses relating to the disappearance of student activists. He then fled to exile in Jordan.

But he still had swags of ambition, a rich younger brother and mates in the oligarchy to aid his return and get into politics.

If it has any policies other than to elect the leader, then they’re well hidden. Rural Indonesians have been promised care and recognition, but his party gets most ‘likes’ by slandering LGBTQs and warning that foreigners plan to destroy the country. This last claim came from a sci-fi novel.

In the 575-seat lower house Gerindra holds 78 against the Partai Demokrasi Indonesia Perjuangan (Democratic Party of Struggle) with 128.

The PDIP is Widodo’s party though the power is with its matriarch Megawati Soekarnoputri. She’s the daughter of Soekarno, the founder of modern Indonesia and its first president. Widodo reckons his relationship is like ‘mother and child.’

The lady was the nation’s fifth president (2001- 04), a rest awhile period. As VP she inherited the job when Abdurrahman Wahid (Gus Dur) was impeached, but rejected by the public when she sought election in her own right.

To stop Subianto from taking another stab at the presidency, lobbyists have been pushing for a change in the Constitution so Widodo, 61, can hang in there for a few more years.

Megawati has reportedly ruled this out. She wants her daughter Puan Maharani in the Palace, but polls show voters say No Way,

The incumbent hasn’t completely abandoned the idea of staying on – clarity is not his style. However, it seems he’s shaken his head rather than nodded by obliquely promoting a candidate ‘who thinks only of the people’s interests that his hair grows white.’

Riddling is another Javanese trait, allowing the listener to interpret while keeping the speaker free to deny should plans go awry.

The assumption is that Widodo wants Central Java Governor Ganjar Pranowo, 54, as his successor. His thatch fits, but so do many others.

Pranowo doesn’t come from the elite, the military or big business. His father was a cop and the family were hillside villagers in Central Java, while Widodo was raised in a riverbank shack.

Both went to Jogjakarta’s Gadjah Mada University, Widodo for forestry and Pranowo law. The two show little interest in matters beyond domestic issues.

When he met Australian Ambassador Penny Williams in September Pranowo’s comments were bland: ‘Hopefully, the emotional atmosphere will become closer.’

That won’t happen without major efforts on both sides. Otherwise, Australians will be full bottle about people and events 16,000 km distant, while knowing nothing of the neighbours, what they’re up to, and why.

Duncan Graham has been a journalist for more than 40 years in print, radio and TV. He is the author of People Next Door (UWA Press) and winner of the Walkley Award and Human Rights awards. He is now writing for the English language media in Indonesia from within Indonesia.